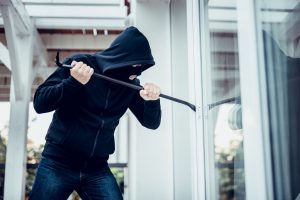 Thieves who stole up to $22,000 worth of tobacco products from a Blacktown store were caught by police just after the heist.

The store, which has been robbed twice in recent months, was broken into by two men wearing hoodies and carrying crow-bars.

Neighbouring shop owner Jamie Borg said: “Business is hard enough as it is and we don’t need these grubs coming along to rip you off,” 7 News reported.

The thieves managed to kick their way into a storeroom, before making off with the tobacco products worth $22,000, in the back of a stolen vehicle.

The two men were captured by police less than 12 hours later and according to 7 News, plead not-guilty.