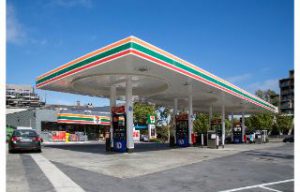 Australia’s largest convenience and fuel retailer 7-Eleven Australia will auction off 18 sites this month in what’s expected to be a hotly anticipated auction.
The east coast sites will be sold off individually through Burgess Rawson on February 25, with auctions in both Sydney and Melbourne.

The sites – six in NSW, two in QLD, five in VIC and five in the ACT, boast brand new 12 year leases and annual fixed compounding three per cent increases.

And according to website Real Commercial, the combined sales could total $70 million.

Other sites include Wahroonga, South Penrith, Maryville, Plumpton and Mayfield – all NSW; Pascoe Vale and Pascoe Vale South, Corio, Wantirna and Upwey in VIC; Wanniassa, Mawson, Spence, Melba and Giralong in ACT; and Coomera and Nambour in QLD.

The bulk-auction is understood to be the last time the chain will offer sites in a portfolio style sale and follows an auction in October which saw 7-Eleven net $78 million for 15 sites in an auction extravaganza that had more than 350 people show up to the live-linked event.

C&I reported a 7-Eleven spokesperson said at the time that “The sale results reflected the pent-up demand for 7-Eleven properties, reflecting the voracious demand for assets leased to Australia’s number one convenience retailer.”

“The buyers were a mix of existing 7-Eleven landlords who knew the quality and underlying value of the assets they were purchasing, and first-time purchasers who were determined to own a 7-Eleven.”