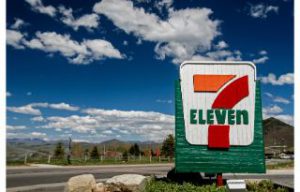 In less than three years, a single initiative has saved more than ten million coffee cups from landfill.

Formed in 2017, Simply Cups launched with the aim of diverting used paper coffee cups from landfill and up-cycling them into new products.

And while making great tracks on their own, it was when they partnered with 7-Eleven in March, 2018 that it began to grow exponentially, with the convenience store chain making  up two-thirds of their collection sites across more than 632 of their retail stores.

Simply Cups have just celebrated the incredible milestone of up-cycling 10 million cups. Stacked end to end, they would reach close to 900km – roughly the distance from Sydney to Melbourne and would fill close to 200 trams.

Managing Director of Closed Loop Rob Pascoe told C&I Magazine recycling cups was a win for both the environment and the economy.

“Australians love their coffee, however takeaway coffee cups cannot be recycled via traditional recycling facilities. Simply Cups is able to recycle the cups because they are separated into a clean source stream, effectively turning waste into a resource. The cups are then transformed into Australian-made products, such as outdoor furniture, wheel stops, roadside kerbing, and reusable trays,” Mr Pascoe said.

“Simply Cups is a perfect example of the circular economy in action, and has now rescued more than 10 million cups from landfill in less than 3 years. There are nearly a thousand cup collection points across Australia, including at 632 7-Eleven stores, which have rescued more than 2.7 million cups.”

“Simply Cups aims to collect more than 100 million cups every year, so we encourage every cafe, shopping centre, and workplace to set-up cup collection points so we can divert your cups from landfill.”

Among the products made from recycled cups are a reusable drink tray (through company Stay Tray), mini wheel stops, dunnage and air con mounting blocks (made by Plastic Forests) and resins for injection moulding (through Martogg), wheel stops for car parks and other road materials (through Newtecpoly), and reusable cup rCUP. As well as moulded fibre products, such as egg cartons.

Incredibly, 7-Eleven have even used some of these wheel stops in their sites.

Simply Cups have collection points across Victoria, New South Wales, Queensland and Western Australia. And outside of 7-Eleven, they can be found in Wesfield shopping centres, select Muffin Break stores, office buildings, university campuses and even the MCG.