AACS CEO Jeff Rogut has outlined his position in the debate around the potential for pharmacy products to be sold through the convenience channel.

In an exclusive interview with C&I, Rogut said that like alcohol, pharmaceuticals is another industry that may benefit from the ability to make the purchases of its products more accessible to consumers that need them over extended hours. 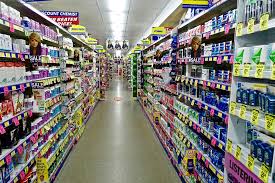 “If the opportunity arose, some of our members in strategic locations would be interested in being able to offer consumers a range of pharmaceutical products over extended hours served by qualified pharmacists.

“I understand that in a state such as Victoria with well over 4.5 million people there are only something like 20 round-the-clock pharmacies available. How is that serving the needs of the community with groups such as young families, older citizens and travellers. There is clearly an opportunity for a change to the comfortable business model.

A Radio National story aired on the ABC questioned the five-year Community Pharmacy Agreements worth $20 billion to 5000 pharmacies which is up for renewal in 2020 and whether the category should be deregulated to allow retailers such as convenience stores to sell pharmaceutical products.

Jeff Rogut was interviewed for the Radio National story and further outlined his approach to the issue.

“We’re all about making it easy for people to buy what they want when they want to buy it. We start with the consumer first. As an example, we’re excluded from selling beer and wine, as an example, out of convenience stores. Now, that is almost a monopoly by the major supermarkets. Yet if you go to convenience stores again, globally, it’s quite easy to get beer and wine. So we’re not about putting up barriers or suggesting regulation for anybody else.”