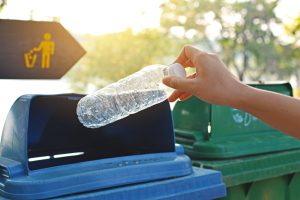 This article was originally written by Jeff Rogut, CEO of AACS aacs.org.au.

The Australasian Association of Convenience Stores (AACS) has welcomed the Queensland Government’s decision to delay the introduction of the container deposit scheme (CDS) until November as the problems with the hastily introduced NSW scheme play out.

Initially slated to commence in July this year, QLD Environment Minister Leeanne Enoch has announced the CDS will now commence in November so lessons from the NSW experience can be learned.

A lack of collection points, in particular, has caused significant problems with the rollout of the NSW CDS, says AACS CEO Jeff Rogut, a situation which could have been avoided if Government had listened to those in the industry.

“While as an Association we do not support a container deposit scheme, given small businesses like convenience stores typically bear the cost burden of such schemes, we acknowledge the Environment Minister’s decision to delay its introduction in Queensland,” Mr Rogut said.

“A CDS requires certainty around its operation before its introduced. This means having agreements in place with third party providers, ensuring stakeholders are aware of their responsibilities in delivering the scheme, and undertaking a public education campaign so people know how it works.

“It also means allowing a sufficient transition timeframe for new label requirements to be implemented, for retailers to sell through old stock, and for an appropriate framework of collection points to be put in place.

“Regrettably, and despite the vocal concerns from our industry emphasising the need for a staged rollout, the NSW scheme has missed the mark. The NSW example should serve as a clear signal that pushing ahead with inappropriate timelines is not only reckless, but counterproductive and costly.

“These are more than just teething problems. The NSW CDS was half-baked when it was introduced without the infrastructure in place to deliver the scheme, with scant regard to retailer input and with no public education program as to how it would work.

“As other states and territories weigh up the implementation of similar schemes, we urge Governments to consider the real-life implications of ill-conceived and rushed ideas,” Mr Rogut says.

Mr Rogut said a staged rollout of container deposit schemes is necessary to give them the best chance to succeed in changing consumer behaviour and reducing litter, without disrupting small businesses. This allows for collection points, packaging and other aspects to be scaled up over time.

It’s critical to ensure collection points are in appropriately prominent and accessible locations to encourage consumers to participate, he says.