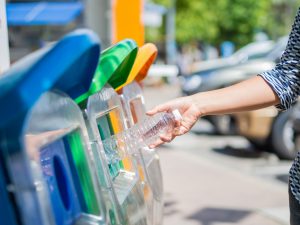 Like the shambolic container deposit scheme (CDS) currently plagued with issues and costing consumers more in NSW, the forthcoming Queensland scheme appears destined for failure following the eyebrow-raising comments from the Mayor of Ipswich that the council will stop recycling altogether.

Ipswich Mayor Andrew Antoniolli said this week that all recycling for the city would be sent straight to landfill, on the back of China’s ban on recycling importation, increased levels of contaminated rubbish applying too much cost pressure, and the price of recyclables in decline.

The Australasian Association of Convenience Stores (AACS) has voiced its concerns with the Queensland Government in a meaningful way ahead of the CDS introduction, especially in the wake of the mayhem caused by the rushed introduction of the CDS in NSW.

While Environment Minister Leeanne Enoch previously announced the CDS will now commence in November instead of July, so lessons from the NSW experience can be learned, the latest move by Ipswich Council throws even more doubt as to the possibility of the scheme’s success.

AACS CEO Jeff Rogut said: “This move by Ipswich Council clearly demonstrates that now is not the time to introduce a CDS in Queensland. If local Government can’t find a solution to the recycled materials it collects, how can the CDS collection points be expected to cope”.

“Even if Government ensures there are plenty of collection points in convenient locations across metropolitan and regional areas – and that’s a big if – if the materials dropped off have nowhere to go, a huge mess surely awaits,” he says.

QLD Deputy Premier Ms Trad this week effectively admitted the state is in no position to embark on a large-scale recycling effort on containers, particularly if they cannot be shipped offshore to be processed, announcing that a waste tax would be brought forward in the June budget, to supposedly drive a ­recycling and waste-to-energy industry.

“It will represent another hit to consumers’ pockets, especially if the NSW scheme is anything to go by”, Mr Rogut said.

A lack of collection points in particular has caused significant problems with the NSW CDS.

And consumers have suffered. The NSW Opposition claims the scheme cost consumers in the realm of $110 million in its first three months of operation, which was unable to be refunded on the basis that there are simply not enough collection points around the state. The NSW CDS, which started December 1 last year, returned only $8.3 million to consumers in that period, the opposition said.

In February 2018, NSW shadow environment minister Penny Sharpe said: “The lack of collection points for the container deposit scheme means consumers are paying a lot more money but they’re getting very little of it back. The whole scheme is predicated on the basis that you buy a can or a bottle and you get your 10 cents back”.

Now with China’s import ban, the scheme is effectively untenable.

“The only logical option available to the Queensland Government is to scrap the CDS and leave it on the shelf indefinitely, or at least until a proper long-term sustainable solution for the state’s recyclables is determined,” Mr Rogut said.

Mr Rogut said a CDS requires certainty around its operation before it is introduced.

“This must encompass solid agreements with third-party providers, ensuring stakeholders are aware of their responsibilities in delivering the scheme, and robust public education so people know how it works,” he said.

“There must be a sufficient transition timeframe for manufacturers to meet new label requirements, for retailers to sell old stock, and for collection points to be put in place.

“The NSW scheme has missed the mark on all these fronts and now the Queensland scheme is staring at an extra challenge even before it begins,” he said.

A staged rollout of container deposit schemes is necessary to give them the best chance to succeed in changing consumer behaviour and reducing litter, without disrupting small businesses. This allows for collection points, packaging and other aspects to be scaled up over time.

Mr Rogut says it must be made clear through public education that retail outlets are not viewed as default collection points, and for dedicated collection points to be in, appropriately prominent and accessible locations to encourage consumers to participate.