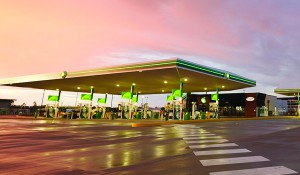 The Australian Competition and Consumer Commission (ACCC) has announced that it intends to oppose the proposed acquisition of Woolworths Limited Petrol sites, by BP Australia.

The announcement came following months of decision making and postponements from the ACCC.

BP responded to the announcement with BP Australia President Andy Holmes saying in a press release he was “disappointed by the news”.

ACCC chairman Rod Sims said: “We consider that BP acquiring Woolworths’ service stations will be likely to substantially lessen competition in the retail supply of fuel”.

Mr Holmes said the company was confident that, with the appropriate divestments that the transaction would not lessen competition substantially.

“In light of this, we are currently consulting with our lawyers to determine our next steps,” he said.

Mr Sims said Woolworths has an important influence on fuel prices and price cycles due to its vigorous and effective competition.

“Many consumers seeking out cheaper petrol will head to Woolworths petrol stations,” he said.

“BP prices are significantly higher on average than Woolworths’ prices in the major capital cities. BP generally increases prices faster than Woolworths during price increase phases, and is slower to discount during the price discounting phase of cycles.

Mr Sims said that fuel prices would be likely to increase at the Woolworths sites, if they were to be acquired by BP causing other retailers to suffer from less competitive pressure.

“The bottom line is that we consider motorists will end up paying more, regardless of where they buy fuel, if this acquisition goes ahead,” he said.

“Fuel is a major expense for many households, and even a small increase in prices due to reduced competition will have a major impact on drivers.

“This acquisition will likely affect metropolitan price cycles by making the price jumps quicker, larger and more coordinated. Reduced competition will also mean that prices will not fall as far, or as quickly, in the discounting phase of the cycle.”

In the statement released by BP, the company said it believes a partnership between Woolworths and BP would provide a compelling new offer to the market and transform convenience retailing in Australia.

“BP believes that Australia is an exciting market and is absolutely committed to continuing to invest to bring our customers market-leading offers,” the statement said.