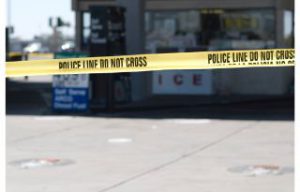 The Australasian Association of Convenience Stores (AACS) are calling on police to take tougher action on criminals they say are targeting small businesses.

The AACS said they have been contacted by a Victorian based service station operator who claims police have been “blasé” to their concerns, CEO Jeff Rogut said.

The organisation are also calling on government ministers to take the issue more seriously.

“AACS has represented the convenience industry for 30 years and the sheer volume and aggressive nature of crimes against stores has never been greater. In Victoria specifically, it’s inexcusable that our repeated representations to ministers on the issue of crime are ignored,” Mr Rogut said.

“We acknowledge that many individual officers and areas of command do good work in seeking to catch and punish criminals who rob stores and threaten staff. But a blanket zero-tolerance approach, aligning the police with the courts and the legislature, is urgently needed.”

“Certainly, there is a direct financial loss to the business when these crimes are committed, but the significant trauma experienced by staff is just not acceptable. Petrol drive-offs are thefts. They demand further investigation, especially given the prevalence of these crimes being committed by people often in unregistered vehicles and with stolen plates, or just engaging in blatant criminal action.”

The call follows a spate of armed robberies of petrol stations and C-stores in the state.