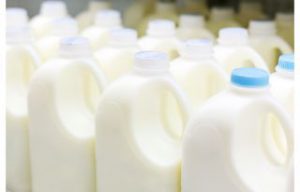 The ACCC has given the green light for Chinese company Mengniu Dairy to take over Lion Dairy and Drinks.

The consumer watchdog announced this morning it would not oppose the acquisition, which would include LD&D’s Australian raw milk processing facilities in Chelsea and Morwell, Victoria.

A spokesperson for Lion told C&I they welcomed the decision.

“As previously announced, the sale of the Lion Dairy and Drinks’ business to China Mengniu Dairy Company Limited (Mengniu Dairy), is subject to ACCC and Foreign Investment Review Board (FIRB) approvals, and other standard closing conditions,” they said.

“We note that the ACCC has today announced it will not oppose the proposed acquisition. We welcome this outcome, which is an important step forward, and look forward to moving through the remaining regulatory approvals and completing the sale in the coming period.”

LD&D and Mengniu both own processing facilities in the Gippsland area, as Mengniu has an indirect interest in Burra Foods (through subsidiary Inner Mongolia Fuyuan International Industrial), who operate a processing facility in Korumburra. Burra produce milk powders, including nutritional milk powders, as well as milk for yoghurt, ice cream and dairy based food preparation products.

However the ACCC deputy chair Mick Keogh said it did not consider it would hinder competition for the purchase of raw milk from dairy farmers in the region.

“While Burra and Lion D&D compete for the acquisition of raw milk, they are not close competitors, and our investigations concluded that dairy farmers are unlikely to switch between the two,” he said.

“The level of aggregation from the proposed acquisition will be relatively low, with Burra and Lion D&D combined acquiring less than 25 per cent of raw milk in Gippsland. Two other large raw milk buyers remain in the Gippsland region, Saputo and Fonterra, as well as some smaller processors.”

Lion D&D last year announced they had reached an agreement with Kirin to sell the business to Mengniu for $600 million, in a deal that included all white milk, milk-based drinks, yoghurt, juice and water brands and assets. As well as LD&D’s share of a joint venture in Vitasoy Australia, Capitol Chilled Foods Australia and their licensing agreement for Yoplait.

Lion CEO Stuart Irvine said at the time of the announcement he considered the sale to be in the best interest of the company’s future.

“We believe that Mengniu Dairy, a specialty dairy player, is an ideal owner to take Dairy and Drinks forward, given its track record of investing in the Australian dairy industry, together with its global reach and deep capabilities,” Mr Irvine said.

“Bringing the businesses together will help drive Mengniu Dairy’s growth in the Australian domestic market, while also accelerating Dairy and Drinks’ aspirations in South East Asia and China.  In addition, Dairy and Drinks will benefit from access to leading-edge dairy research and development capability and further investment as part of the Mengniu business.”

The company’s alcohol businesses in Australian and NZ – which include big brands such as XXXX, Tooheys, Hahn and James Squire, among others, and their Little Lion World Beverages are not affected by the sale.