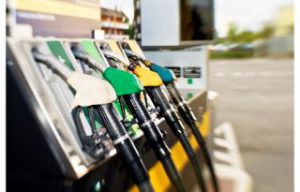 The ACCC has put petrol retailers on notice, warning they should not use the slump in fuel prices as a chance to increase profits.

The consumer watchdog is particularly focussed on regional areas, where it said lower prices have not been passed on to consumers.

Global fuel prices hit a historic low this week and have dropped by close to US$50 per barrel since the beginning of the year. Drops in global demand sparked by COVID-19 also saw OPEC reach a deal to slash fuel production by 9.7 million barrels per day.

The lower prices have flowed through to domestic wholesale prices – which are down by 50 cents per litre (cpl) according to the ACCC, not all retailers have been passing the cuts at the bowser. Prices in Australia’s largest metro areas – Sydney, Melbourne, Brisbane, Adelaide and Perth were down by close to 45cpl, however many regional consumers are yet to see cheaper prices.

And while regional prices are also affected by lower local populations/demand and higher transport storage costs, the watchdog found consumers can wait up to six weeks for price cuts to reach them under normal conditions, stating it was even longer in the current climate.

Reiterating consumers’ anger at petrol retailers who took too long to pass on lower prices, who they called out last month, Chair Rod Sims urged regional operators to take note. And reminded motorists to do their research to ensure they weren’t paying too much.

“We have previously found that the lack of vigorous and effective competition in some regional locations was a major reason for higher prices in those locations,” Mr Sims said.

“Where there is competition, you tend to see lower prices. Giving your business to outlets that are pricing competitively sends a strong message to those that have high prices that they will lose your business. We recommend motorists compare prices on fuel price apps and websites, such as MotorMouth and the government schemes in NSW, WA and the NT, which also provide information on retail prices in regional locations.”

“Especially at this difficult time, retailers must not take advantage of the situation to increase their profits, but should pass on savings to motorists,” Mr Sims said.

“The ACCC’s role is to monitor the market closely, and we will continue to do this, particularly to keep the pressure on the petrol retailers at this time.”

The watchdog’s latest petrol industry report had found profits among petrol retailers have been rising in recent years. In the period between 2017-June 2018, they found net profits across fuel products, C-stores and C-store services was $616 million.

Close to half of this ($333 million) was in net profits from petrol products – a sector record. Of this, 60 per cent ($199 million) was derived from premium fuels, despite the products accounting for only one third of fuel sales by volume.