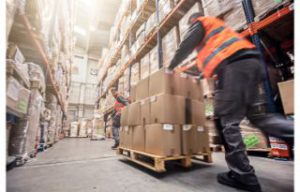 The Council of Small Business Organisations Australia have taken aim at Coles and Woolworths, claiming the supermarket giants have been buying up food and essentials to warehouse.

COSBOA CEO Peter Strong claimed the two dominant grocery players were harming competition by making it harder for small businesses to access products which were already at a premium due to panic buying caused by Covid-19.

“We also note they are recruiting tens of thousands of workers which we assume is to corner the home delivery market. Coles and Woolworths are an important part of our retail market but if they become the only part then health will be affected and there will be more risk of the supply chain failures due to such concentration of power.”

Mr Strong also called on The National Cabinet to “control and limit” the retailers’ behaviour.

“They should also force them to release stock to smaller retailers, at cost and with transport provided, as access to product dries up due to the mass corporate panic buy undertaken by the duopoly,” he added.

“If it is true the ACCC really need to rotate this through, a lot of small business will be effected,” he said.

“We’re struggling to get stock, everyone is struggling. We get Sorbent, Quilton… everyone is saying don’t panic buy, but in our industry… I haven’t been able to buy toilet paper for four weeks. I only got a phone call today saying we have toilet paper, would you like some?”

“How can there be a lot of toilet paper if Quilton won’t supply distributors. It seems to be only sold to two to three people, that’s my guess.”

Mr Nader said he was also experiencing issues securing key lines such as chips, chocolate and grocery which had all previously been readily available. And added some stock, including Australian made products, were having to be air freighted in from overseas in order for businesses to keep stock on shelves.

“The government gave them the power to do it, they green lighted it, they allowed Coles and Woolworths to sit and talk with each other. The government needs to step in, they can’t keep going,” Mr Nader said.

The ACCC yesterday addressed the issue of competition, stating it had a critical role to play in steering the economy through the financial impact of the virus.

Speaking at the Australian Financial Review’s Banking and Wealth crisis webcast, chairman Rod Sims said the consumer watchdog were working with businesses to ensure co-operation between competitors for the benefit of the community in current conditions.

But warned short-term concessions offered by the ACCC in relaxing stringent operating conditions should not impede competition long-term.

“It is important that these short-term measures do not give rise to long-term structural damage to competition, market concentration or long-term arrangements that make it more difficult for businesses to enter and compete into the future,” Mr Sims said.

Both Woolworths and Coles have been contacted for comment.