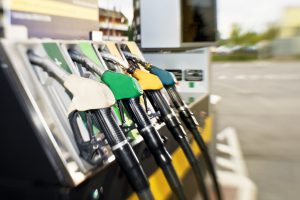 Australia has signed a deal to store petrol reserves in the US.

Energy Minister Angus Taylor finalised the deal yesterday, joined by the US ambassador Arthur Culvahouse and US Secretary of Energy Dan Brouillette, who appeared via video link. It will allow Australia to lease US storage facilities to hold the $94 million in US fuel purchased by the government in April, as they took advantage of the historically low fuel prices.

Yesterday’s deal will secure the supply in the interim and safeguard against any future domestic supply shortages. And MR Taylor said it would benefit both nations as they emerged from the global pandemic.

“I made a commitment to the Australian people that the Government was and will be taking action to shore up our fuel security and enhance our ability to withstand global shocks. This Lease Agreement is an integral element of that commitment,” Mr Taylor said.

Speaking at the time of the April announcement, Mr Taylor said establishing an Australian based storage facility was a priority, and yesterday said it remained a focus.

“The deal and establishment of Australian Government-owned oil reserves also acts as a down payment for Australia’s longer term fuel security. We’ll be making soon further announcements on the next steps on our domestically focused fuel security package and that will explore looking at onshore storage with industry and better understanding the long term viability of our refining sector.”