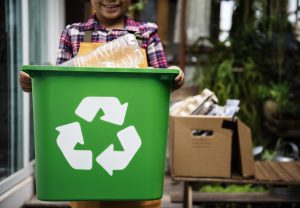 The Nestlé Don’t Waste Your Waste study, developed in partnership with Planet Ark, has been released today and paints a concerning picture of our nation’s overly optimistic opinion of our recycling habits.

Released on Global Recycling Day, the study highlights the need for further investment in education on recycling to help Australians minimise what we send to landfill and reduce recycling contamination. On the positive side the study revealed that an overwhelming majority of Australians (96%) are eager to recycle while four out of five also want to reduce their waste more generally. Additionally, 75 per cent are worried about the impact waste has on the planet and the legacy they leave the next generation. However, 94 per cent of people still put one or more non-recyclable items in their recycling bin, highlighting the confusion preventing us from being better recyclers.

Nestlé Head of Corporate & External Relations Margaret Stuart said “This research shows us that most Australians are not only confused about recycling, but on autopilot and making simple mistakes repeatedly. It’s clear that people need better information and clearer guidance on not just what should and shouldn’t go in household recycling bins, but how it should go in.

“Equally, more needs to be done to promote programs designed to capture recyclable items that don’t belong in our household bins.”

Three easy steps that people can take to improve the quality of their recycling include:
– Checking Planet Ark’s Recycling Near You website for guidance on how to recycle any items you’re unsure about
– Looking for the Australasian Recycling Label on products for guidance on how to correctly dispose of packaging
– Taking soft plastics to a REDcycle collection point at Coles or Woolworths supermarkets

“These results highlight the need for increased investment and collaboration between all levels of government and business. Companies like Nestlé, through its adoption of the Australasian Recycling Label (ARL) and its commitment to waste reduction, provide a great example of how organisations can step forward to tackle this problem. Nestlé is one of around 100 companies that have already adopted the ARL to help their customers make the right recycling decisions. Planet Ark calls on other brands to commit to using the ARL on their packaging,” Ms Gilling said.

Nestlé has already laid out its broader vision to achieve a waste-free future and announced a series of specific actions towards meeting its commitment to make 100% of its packaging recyclable or reusable by 2025, with a particular focus on avoiding plastic-waste.