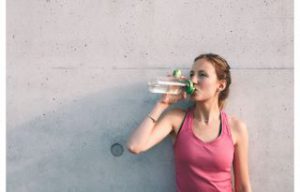 The Australian Beverages Council has found Australia’s thirst for low sugar drinks has been growing for more than two decades.

New research published in peer-reviewed journal Nutrients found there has been a 30 per cent (per capita) drop in sugar contribution from non alcoholic, water based beverages between 1997-2018. They equate the reduction to as much as 32 teaspoons or 127gm of sugar per person, each year.

The Council’s CEO Geoff Parker said the evolving tastes of Australian consumers towards low sugar options was seen across a range of categories and flavours.

Adding that in 1997, Australians consumed a whopping 83L of sugar-sweetened drinks per person, which was down to 61L in 2018.

“‘Evidence of a major change in what we’re drinking can also be found in bottled and packaged water which now outsells sugar-sweetened carbonated soft drinks, and 59% of water-based drinks purchased are low or no sugar, compared to just 36% in 1997,” Mr Parker said.

While sales of sugar laden drinks were down, water sales were up. Volume sales of still and sparkling (unflavoured) water increased by 4.5 times over the study period, increasing to 54L per person, per year in 2018, up from 12L.

“This shows the drinks industry is driving change in consumption that is aligned with public health goals by offering additional healthier options, more of the time,’ Mr Parker added.

“‘Anyone visiting the local service station, supermarket or convenience store will notice that the incredible choice of drinks available has never been greater, including most of their favourite brands which are available in a low-sugar or no-sugar option.”