This year marks 30 years of official employment at Drakes for me. But I guess I’ve spent my whole life in the business. It started with me in the car with dad (Drakes founder Roger Drake), driving around from store to store from the time I could walk.

And then later, on the way to school we’d have to stop and visit two or three stores before we’d get there. And I’d end up being late to most of my sporting events because he wanted to see this shop or that, so technically, my whole life has been in retail.

I have two sisters, Angelique and Susan who work in the business as well. It was good growing up in a family business. I used to steal things from the shop, lollies and things when I was little. But I was quickly cottoned on to. I thought it was a novelty getting dragged to stores. It could be an inconvenience every now and then if it made us late to things, but I didn’t know any different. 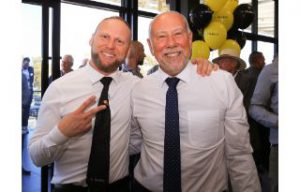 Dad was always working so that meant going to the shops quite often. But back then we were lucky, we didn’t have Saturday or Sunday full day trading, it was just Monday-Friday and a half day Saturday. I’d play sport for half of Saturday and spend the rest collecting trolleys while waiting for dad to finish.

I played literally every sport in school. Football, rowing, tennis, hockey…  almost every sport possible. And I played state level baseball for South Australia and I also played for Australia. I used to race Go-Carts as well. I’m still very active, I love rock climbing and wakeboarding, snowboarding, skiing and racing cars. I race in the Australian Prototype series.

I’ve been doing that for six years. I always wanted to be a Formula One driver, but I never had any money. Dad was always against it. And he always said you need to make your own way. He supported us for anything health related, but otherwise you were on your own.

The series is five national rounds a year, and I give up an arm and a leg to be away from family to do that. Training wise I do CrossFit to keep fit because you need to be quite mentally strong to race cars, believe it or not. But I really train to eat. And it keeps me mentally strong. I do like adrenalin. Things that push you a little bit. I’m more inclined to go down the track where things are pushing the limit a bit more. But in saying that, to me they don’t seem extreme. The safest place to drive fast is on a racetrack, so I don’t see it as dangerous or risky, it’s just another decision to make. 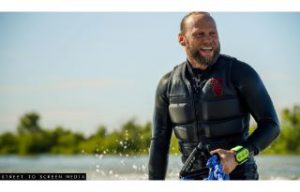 Dad has always said hard work pays off. He has a saying that the person who works the hardest gets the most and he’s right. He was always saying those things to me, always telling me to work harder to get more. Lately, he’s changed it to say the harder you work, the luckier you get.  And I think happiness has started to come into the mantra a bit more as he’s aged. He now says you need to be happy in what you’re doing and if you are, it doesn’t quite feel like work.

We used to be driving somewhere and he’d be listening to (self-help author) Napoleon Hill and others and I’m pretty sure at the time I thought I was getting brainwashed, but now I can see they were all just saying believe in yourself. Dad’s always the one to say back yourself, you’re the only one who can 100% back yourself. He’d always say the customer is the greatest asset and he had a saying that the customer is always right, that’s rule number one. And if they’re not, refer to rule one. It’s an old school mentality, but he’s right to an extent.

But it is different today, there are so many touch points where customers can contact you. They’re happy to tee-off until you offer to speak in person. And if I spent my time on nay-sayers, I’d never get anything done, so some things need to be taken with a grain of salt. 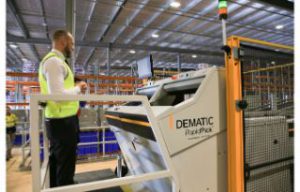 My role, as assistant general manager, is a bit of everything. from leasing to store layout and design and takeover, to acquisitions. I’m a psychologist, a psychiatrist, an accountant and a lawyer, all in one.  It’s a broad brush, but I do have focus areas in media and the digital side. Because I think there will be a big role for us to play in that area. No one else is really in that space in the small scale, and we see ourselves as the largest independent supermarket. We’re a small player in a very big pond.

I was the state manager for Drakes in Queensland before I moved back to Adelaide five years ago and I’m a major advocate for South Australia. I’d say it’s one of the best states in the world. There’s minimal traffic, it’s affordable and we have great food and drink. It makes for a great combination. And I couldn’t think of anywhere better to raise children. But the key is to keep the state good enough that my daughters, who are aged five and six, will want to stay here when they grow up, so they don’t move interstate to chase more money.

The reality is there’s a lot of room to grow, but there’s a lot happening in South Australia. Hopefully we’re riding that wave enough that people start to think ‘Sydney is a hole, I don’t want to have to drive two hours to get to work or spend 90 minutes on a train’. And the way the work/life balance is changing for Generation X and younger generations, we’re now working 40 hours per week instead of 70-80 hours. That’s time you could be spending with your family, why would you want to spend that commuting.

Come to Adelaide, you can drive from one side of the city to the other in no time, there aren’t any traffic jams. Adelaide may not have the sight-seeing, but we have the lifestyle. But if we can’t have a state that’s growing, we won’t reach our potential. But I get the feeling it’s changing, and I think the new space agency will put us on the map.

As for Drakes, we want to be Australia’s leading retailer and wholesaler within the 10 years. There are interesting times ahead, very, very interesting. Opening the warehouse has been the most exciting thing that’s happened in my career, and the most exciting for the business as a whole. We only have early results but they’re fantastic, so expect to see big things come out of South Australia!