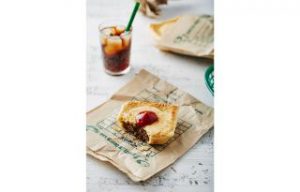 If you were after a ‘servo pastry’ 10 years ago, chances are you would have had just two choices: a meat pie or a sausage roll.

Not so in 2020. The pies on offer in convenience stores today are not dissimilar to gourmet, artisan pies. Gone are the days of stale pastries sitting neglected in pie warmers. Instead, they’re likely to have been baked fresh in store, be vegan friendly or feature premium ingredients. And deliver consumers bang-for-buck on flavour, freshness, taste and innovative flavours.

The ubiquitously Australian snack, whose British origins are often conveniently forgotten, is now also reflecting our diversity, with majors such as Garlo’s making pies that are Kosher and Halal certified.

And proving we can’t get enough of the meat and pie taste combination, Lays recently released pie and sauce flavoured chips, and Arnott’s meat pie flavoured biscuits for their ‘Aussie legends’ range.

But while every dietary requirement is catered for, as C&I found, the humble, hand-held meat and pastry pie is still the king of (ready-made) pastries. 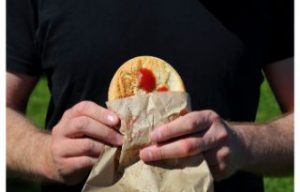 “The square meat pie is over 60 years old and continues to be our number one seller. We continue to improve the product with regards to its lamination and fill and we are always looking to build on its success by making it closer to what its originators had in mind for the archetypal South Australian savoury flavour combination,” Mr Askham-Levy said.

Health is a big focus for the company, who sell a Better Bite range which carries a 3.5 Health Star rating.

Balfours are also taking the trend towards veganism seriously, and have been working hard at product innovation to capture those looking to avoid animal products for dietary and ethical reasons, as well as consumers looking to cut back on their meat consumption or seeking plant-based meals for their perceived ‘better-for-you’ quality.

“Innovation is within our DNA and to be the first mass baked goods manufacturer to deliver these to the retail and independent channel has returned some wonderful upside for both our sales volumes and values, as well as our brand PR,” he said.

“We are in the process of transforming Balfours into a contemporary baked goods manufacturer and our focus on quality, service, innovation and our esteemed history and heritage will continue to play a forward role in helping us unlock customer and consumer expectations.”

The Outback Pie Co are also embracing the vegan trend. The company manufacture more than 6,000 pies per hour, supply both convenience stores, schools and contract customers including United Petroleum/Pie Face with products manufactured to their recipes and formats.

However, they are taking a different take for their vegan products, choosing to champion vegetables rather than focus on plant-based meat alternatives, said managing director Milo Gaffney.

“We have focussed more on vegetable-based flavours such as roast vegetable and lentil coconut curry and creamy broccoli and cauliflower, rather than purely developing products based on meat replacement proteins,” Mr Gaffney said.

“Whether veganism takes a solid hold with a large move over to plant-based proteins replacing meat for pies remains to be seen. What is for certain however, is that consumers are on a trajectory towards healthy, better flavoured products across the board, which requires innovation in both flavours and format.”

Health has become a growing consideration for Outback’s consumers, which the company has been addressing by using free range chicken, hormone free beef and avoiding genetically modified products. Another trend Mr Gaffney expects to see more of is retailers baking pies fresh in store, saying consumers have raised the bar on their expectations for ready-made pastries.

“I think a long-term trend has been for consumers to look for better quality products. They expect a standard pie these days to be what one might have referred to a decade ago as a gourmet pie. Our experience is that consumers want both new style flavours and more sophisticated flavour profiles from their traditional favourites,” he said.

Despite these trends taking a considerable slice of the company’s innovation and NPD focus, Mr Gaffney said their traditional products were consistently their best sellers.

“Steak, steak bacon and cheese, and pepper steak pies still generally outsell other flavours. The other big seller from within this category is of course the sausage roll, which accounts for approximately 30-35% of all hot pastry sales amongst our customers,” he said. 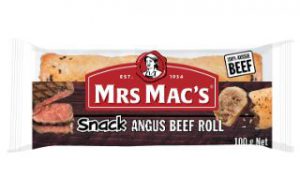 It’s the same for Mrs Mac’s. Of the more than 100 million pies and pastries the company produce annually, their best sellers remain the famous beef pie and giant sausage roll.

Asked what they put the pastry’s enduring success down to, they said convenience was a driving factor.

“Apart from being a traditional Aussie classic, the pie can be enjoyed across so many different occasions. It is the ultimate on the go feed. However, is equally as popular plated up as meal with vegetables and gravy, and of course the party range are always a winner when entertaining,” partnership and communications manager at Mrs Mac’s Nikki Bower said.

Their typical consumer, Ms Bower added, is on-the-go and looking for a trusted, fast and easy to eat, substantial option. They generally purchase around meal-times and add a beverage to their purchase and gravitate towards traditional flavours.

“In addition to the growth in snacking size, there is also a strong shift towards premium offers. These premium offers include new and more adventurous flavours to accommodate growing international palates and dietary needs.”

And proving it’s not just a division between meat or plant-based fillings, the fight between the meat pie or sausage roll continues to be close race.

A Facebook pole by the Cheat Meals Melbourne page asking whether their more than 57,000 followers preferred a meat pie or a sausage roll, results were fairly-evenly split. Of the 2,800 people who voted, the sausage roll nabbed the top spot with 50.2 per cent of the vote to the meat pie at 49.8 per cent.

Pie giant Four’N Twenty also recently released a plant-based, meat free pie in February. And despite some initial scepticism among pie traditionalists, the pastry was given the ultimate mainstream nod in being sold at the sporting holy-ground of the MCG.

Patties Foods general manager marketing and innovation, Anand Surujpal said another of Four’N Twenty’s current biggest sellers was their Traveller range, particularly in their Philly Cheesesteak rang,e inspired by pro-basketball player Ben Simmons. Mr Surujpal added that staying ahead of market trends and evolving customer preferences was an integral part of remaining at the top of the pie game.

“Meat pies are an iconic part of Australian culture, linked to the much-loved ritual of sporting games, fond childhood memories and ongoing family traditions. They are also readily available and convenient to eat, which makes them perfect on the go, at the footy or at home. Four’N Twenty continues to launch consumer-driven innovations, such as the Four’N Twenty Traveller Philly Cheesesteak and the Four’N Twenty Meat Free Pie, ensuring that the classic Australian meat pie is continually updated to reflect current cultural trends and priorities.”