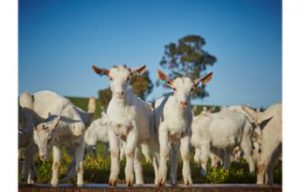 Infant formula manufacturer Nuchev are now listed on the ASX.

The company behind the popular Oli6 goat milk formula range, launched in 2013, is worth $105 annually.

The brand, which first launched as a pharmacy-channel brand in 2013, has seen a rapid growth after netting a multimillion national distribution deal with Coles earlier this year.

However, in a statement on the ASX listing, Nuchev said their biggest market is China, where they say goat milk formulas are expected to account for 13 per cent of all Chinese infant formula sales within four years and be worth $9.2 billion.

Founder and CE Ben Dingle said the ASX listing marked a major milestone for the company.

“… It felt like a natural progression for the company, and will prove critical for Nuchev’s future growth,” Mr Dingle said.

“The increased profile that comes with being a listed company ensures we are well positioned to capitalise on the opportunities in front of us.”