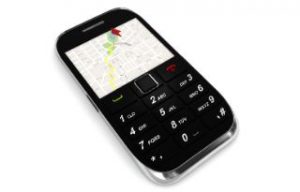 A new app developed by former Caltex executives is promising to deliver bowser relief to motorists.
The EzySt app, described as a ‘digital marketplace for the petrol-convenience industry’, collates cheaper than advertised petrol prices and retailer specials into the free app, which its creators claim could save users up to 30c per litre.
Developed by ex-Caltex executives Ben Everitt and Mick Jarvie and technologist Damian Funnell through Sydney company The Pricing Project (which also runs PriceScape and PriceSync), the app allows retailers to offer deals directly to consumers.
Users can access maps with localised prices and plan their route around the deals offered and set in-app preferences, including tailoring relevant product offers.
Mr Everitt said there had been positive feedback from consumers, many of whom accessed the app an average of seven times during the 12 week Perth based pilot launched in August.
The ACAPMA approved app is now active in NSW and QLD and Mr Everitt says he is looking forward to being part of the technological shake up changing how consumers shop.
“Users told us they found it really easy to use and saw the value in it,” Mr Everitt said.
“We also saw people would start to use the app to find fuel saving and once they became aware of the shop deals, users would redeem those offers. So there is the scope for longer term behavioural change.”
“Once people become aware of c-store deals in technology they start using those and we’re excited to play a really central role in changing consumer behaviour here in Australia.”
Among the national retailers listed as participants are EG Group (Caltex/Woolworths), Puma Energy, Pacific Petroleum and New Sunrise.