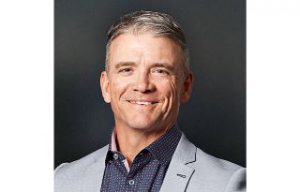 Frucor Suntory have announced Darren Fullerton as the new CEO of the Australian and New Zealand business arm.

It’s a return to beverage lines for Mr Fullerton, who spent 18 years with PepsiCo, including as CEO of PepsiCo Australia and New Zealand.

Frucor Suntory’s brands include V, h2go, Just Juice and Amplify kombucha, among others.

Mr Fullerton joins from Winc, where he had most recently helped build the office products and business solutions company into a market leader.

He starts the new role today and said: “It’s truly an honour to be joining the Frucor Suntory team and to be able to play a part in the next incredible chapter of a business I have always had great respect for.”

“Strong brands, a vibrant culture, and a thirst for success are hallmarks of most successful businesses – and I look forward to building on these inherent strengths at Frucor Suntory.”

He will be based in Sydney for the role.