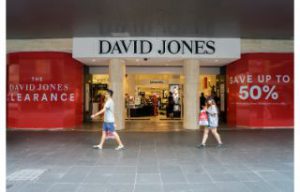 There has been a major staff shakeup at Woolworths Holdings, who have announced Roy Bagattini will replace Ian Moir as the company’s Group CEO.

Mr Bagattini, who joins from Levi Strauss where he is understood to overseen the company’s expansion into omni-channels and e-commerce, will take over the role in mid-February. Mr Bagattini had previously also held senior positions at Carlsberg Group and SABMiller plc.

Mr Moir had been in the CEO position since 2010 and oversaw the company’s purchase of David Jones in 2014. He will remain on as acting CEO for David Jones, which has had an underwhelming performance in the last few years.