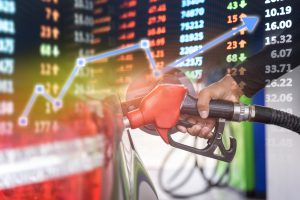 Following the release in December 2017 of the Australian Competition and Consumer Commission (ACCC) quarterly petrol report, it was reported that average petrol prices in Australia’s largest five cities had hit their highest levels since 2015.

The ACCC reported that petrol prices across the largest cities including Sydney, Melbourne, Brisbane, Adelaide and Perth- had risen by 12.6 cents per litre in the quarter.

ACCC Chairman Rod Sims said motorists have the option of fighting against the price hikes.

“Motorists can fight back against these high prices by using fuel price websites and apps to shop around,” Mr Sims said.

“Consumers can save significantly by timing their purchases during the price cycle, which encourages retailers to be more competitive.

According to the ACCC, there were three factors that contributed to the rise in petrol prices including; higher international crude oil, refined petrol prices and a lower AUD-USD exchange rate.

Mr Sims said: “Petrol retailers’ margins are the highest they have ever been and motorists are paying for it. Last quarter alone, average gross retail margins in the five largest cities were 14.2 cents per litre, an increase of 3.9 cents per litre from the previous quarter”.

An average margin assumption by the ACCC estimated an additional cost of over $750 million per year for motorists.

Mr Sims said that ACCC understood that some of the increases to gross retail margins has been due to an increas in costs.

“However, [the information] indicates that this contribution does not explain the bulk of the increase,” he said.

The ACCC’s role in monitoring petrol prices exists to assist consumers within the fluctuating market.