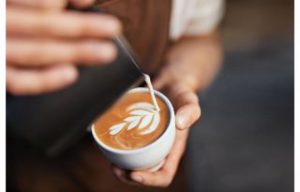 When it comes to our daily cup of Joe, it seems Australians are quickly moving beyond the humble full-cream latte to embrace non-dairy, going cashless and ditching disposable for keep cups.

Traditional orders remained the overall picks, with flat white the drink of choice for Western Australia (40%), the Australian Capitol Territory (26%), the Northern Territory (30%) and Queensland (31%).

And we’re willing to pay for a good cup, with the national average cost per cup priced at just under $4.

And reflecting a wider consumer trend, more of us are also opting for non-dairy milk alternatives. And for the first time, almond milk surpassed soy as the non-dairy pick accounting for 55% and 42% of milk alternatives.  And while oat milk still accounts for just 3% of sales, its consumption has jumped 500%.

It’s big news considering more than a quarter of Australians admit they can’t make it through the day without their coffee, according to research company McCrindle’s 2017 Australian Attitudes Towards Coffee report. It also found three in four of us never miss their daily cup.

The Square Australia report also found how we drink our coffee is changing, with a 292% rise in people bringing their own reusable cup and more than three quarters of customers opting to pay by card, up from just 15% three years ago.