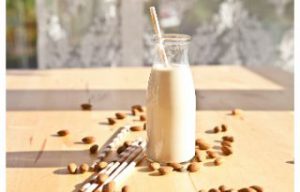 As non-dairy milks continue to rise in popularity, they are having an ever-growing impact in the convenience store fridge.

And as they become more mainstream and adapted into the diets of consumers alongside dairy products and not just as an alternative, the trend is only set to grow.

According to industry research firm IBISWorld, revenue for the Soy and Almond Milk industry, which also includes dairy alternatives such as coconut and rice milk, is expected to grow at an annualised 8.3% over the five years through 2019-2020.

IBISWorld has said plant-based milk now accounts for around 7% of all milk consumed in Australia.

“As a result the industry’s success over the period has largely come at the expense of the dairy sector.”

Mr Reeves added the greatest decline in milk consumption has come from reduced and low-fat milk, indicating consumers are making the switch for their perceived health benefits.

Despite their popularity, convenience channels have been slow to seize on the trend. In grocery, plant milk retail sales exceeded $327 million annually and are growing at 7.7% (Aust Grocery iRi MAT). By contrast, convenience sales are just $1 million per annum.

Companies like Vitasoy say it’s obvious the plant milk category is under-developed in the convenience channel but it believes that could change quickly.

“We see a huge opportunity for convenience to grow plant based milks from their current low base.”