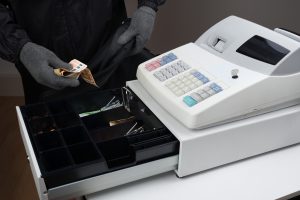 A Northcote convenience store has been robbed at knifepoint.

Police are reportedly hunting the female thief who held up the store in the early hours of the 8th of January.

The woman reportedly entered the store on Victoria Street and threatened a worker with a knife before leaving with the till.

News.com.au reported the offender is 165cm tall with a medium build, of Caucasian appearance. She was seen wearing a white beanie, blue jacket, track pants and black runners.

Police are urging anyone who witnessed the robbery to contact Crime Stoppers on 1800 333 000.