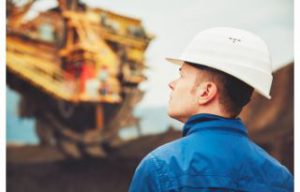 The Organisation of the Petroleum Exporting Countries (OPEC) has struck a deal to slash global oil production by 10 per cent, as it graples with the sharp and sudden drop in global fuel demand amid COVID-19.

It’s the largest single reduction in oil production in the organisation’s history, driven by the close to 30 per cent drop in global demand which has hit fuel prices hard. And is significantly higher than the 2008 reduction during the global financial crisis.

A previous attempt to by OPEC to negotiate a deal to slow production faltered after Russia and Saudi Arabia failed to come to an agreement.

The deal followed a videoconference between OPEC leaders on Sunday, where all participating countries agreed to cut production by 9.7 million barrels (mb/d) per day between May 1-June 30, followed by a relaxed reduction by 7.7 mb/d until December 31, with cuts of 5.8 mb/d to continue through to 2022.

The deal follows Caltex last week announcing a temporary closure of their Brisbane refinery  and the ACCC recently granting interim approval for major Australian fuel companies to work together to secure supplies through the COVID-19 crisis.