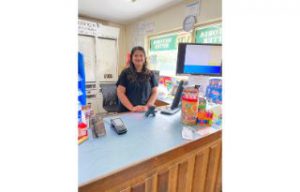 When store manager Dee Patel opened the doors to the Kulnura General Store on December 24, 2018, she was heartily welcomed by locals.

The small town of Kulnurra on the Central Coast of NSW sits roughly 30km inland and north-west of Gosford, in a mountainous area home to cattle farming and orchards.

And its local store, the Kulnura General Store, has become a lifeline for locals who rely on the store for staples and who would otherwise be left to travel the estimated 25-30km to the nearest Coles or Woolworths.

Trading is also boosted by its location on the Tourist Drive 33, a historic road with a convict past that links the Hunter Valley to the lower Central Coast via the scenic town of Wollombi, popular with Sydney day trippers and travellers.

Given its position, the store could rely on providing the bare basics and still succeed. But they have worked hard to establish themselves as a community hub of sorts, offering everything from a considered cafe menu to printing hub services, including scanning and faxing.

It’s also a petrol station, liquor store and a post office. And has the only ATM within close proximity to the town. As Ms Patel jokes, it’s five stores in one. 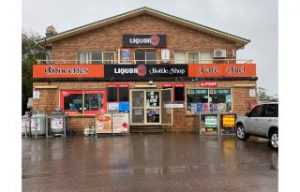 Despite not having known the area well prior to taking over the existing convenience store business, store manager Dee Patel said business was going well and locals had been very welcoming.

“The store is very community based. We’re in a rural area, it’s the countryside and there are only a couple of other stores around here. It’s a bit different to other commercial stores. It’s more of a family owned store, you get that feeling coming in here,” she said.

“The locals have been pretty great since we took over. They’re really welcoming, and they appreciate the changes we made to the store, it’s much more modern.”

“We didn’t change any of the interior when we took over, it has a country style look which we’ve kept. We just changed the basic equipment and added some safety features. We cleaned it up a little bit too. The former owner had a lot of things in place, we’ve pared it back and only kept the items people really need.”

Locals are also reliant on the store’s postal service, which has taken on nearby Mangrove Mountain’s service in a temporary arrangement.

“At the moment we’re running two postal services, because the Post Office in the town of Mangrove Mountain closed down. We have people from there coming here and saying ‘why don’t you buy our shop!’. They expect us to start running the business there as well!”

Their long opening hours are another drawcard. They operate seven days a week, Monday-Saturday 7am-8pm and Sundays 8am-8pm. They have 10 staff and while most are local, a few make the 40-minute commute from the coastal side of the Central Coast. Many chose to stay on after the store was taken over and have proved a great source of local knowledge to Ms Patel, who is slowly learning the customer’s names.

“My favourite part of the business is getting to chat with locals every day. We’ve been here a year now, so I try to remember everyone’s name, but sometimes I stuff up! But they forgive me for it.” 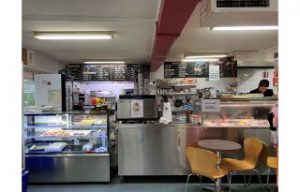 The café serves up crowd favourites of burgers, chips and fish and chips, sandwiches and wraps. As well as kebabs and homemade Indian curries and pies. Pizzas, fried appetisers, cakes, donuts and coffee are also popular.

“The hamburgers are really popular, as are the Indian curries and the kebabs are pretty popular too. We have a chef in the café who has been here in the area for 10 years and he’s loved by the locals,” she said.

“Every now and then on the weekend we do a BBQ outside. We have a covered area outside where people can sit and have a drink. It’s a nice little picnic area, the locals come every night and have a chat. It’s a meeting point for the whole town.”

Reflecting this community spirit, they are also big on giving back. Including fundraising for the local Rural Fire Service brigade, who worked tirelessly to defend homes in the area when the bushland surrounding Kulnura and Mangrove Mountain were ravaged by fire in December.

Many residents lived under the very real threat of losing their homes for weeks as the mega-blaze, termed the ‘three-mile’ fire after multiple fire-fronts merged, burned.

It affected not just the day-to-day lives of locals – many of whom were temporarily dislodged from their homes, but also put a strain on RFS crews who battled to keep it under control.

“The bush fires around here were pretty bad. People had to leave their homes, around Christmas time. A lot of people weren’t around so the businesses suffered too. It really affected the community and with the road closures, people weren’t able to get back to their homes,” she said.

Located in mountainous terrain, Ms Patel said when natural disasters hit, they tend to hit the area quite hard. Including storms.

“We recently had a massive storm here and the power was out for five days. But we run on a generator, so we could stay open. But people had no cash and no way to get any out, so we tried to help them out by putting some things on credit.”

“There is another petrol station nearby, but it had to close because they don’t have a generator.”

As a gesture of gratitude, the store held a fundraiser for the local RFS brigade, to spread some Christmas cheer to exhausted families and to celebrate their first year in business.

“Giving back to the community is important to us. The town has a country fair in October to support local farmers and families and we sponsor that, and we sponsor the Mangrove Mountain junior football team. We give the local childcare centre a few vouchers for a couple of hundred dollars for their Christmas raffle, too.”

“Wherever there’s a fundraising opportunity we jump on it. We’re a community business and I believe the more you give back, the more you bring in. We appreciate what the locals do for us in stopping in here to shop and spending their money here. We’re all supporting each other in Kulnura.”