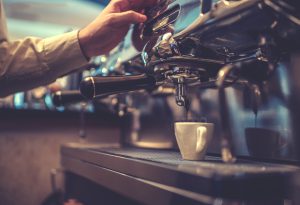 A long, long time ago, we used to sell coffee in a push button machine and have powered milk mixed with water and sell approximately 4 cups of coffee a day. Well, believe it or not, we are talking a mere five years ago.

If you haven’t been out in the trade lately, you are certainly missing a dynamic change in the way C-stores are innovating, away from what we have known as the standard for the channel. Retailers are endeavouring to create a point of difference and give shoppers a reason for choosing a particular outlet over another.

Fuel has long been this focus and remains a core reason shoppers visit stores however, as retailers move away from the status quo they are creating different occasions for people to shop. If you look at the coffee example, we now have varying offers in the marketplace, all playing a role in making their retail outlet a destination for shoppers.

We now hear of stores selling over 100 cups of coffee a day, with strong associated sales (especially in other Food Service categories like Bakery Snacks). Over time it is also creating greater retailer loyalty, something that the total convenience channel has lacked when it comes to the merchandise sales, despite being able to build strong loyalty on the fuel side.

There is no doubt the focus for retailers when creating this point of difference is centred on varying food service offerings, with a mix of proprietary and partnerships being trialled at the moment. A lot of these new offers have focussed on varying fresh offers which has always been a challenge, based on the high wage costs associated within the convenience channel.

There has also been a focus on the highest category profit generator in beverages, although there has been a mix of proprietary and supplier innovation hitting the market, with a focus on healthier beverages.

What does this mean for suppliers?

The reality is that we are going to see many niche suppliers come into the market, with varying levels of experience and understanding for the channel dynamics. Most of these suppliers will potentially be nimbler and willing to align product to retailer needs, so will be a potential threat to suppliers who take the channel for granted, and just expect everything to remain the same.

The challenge will be taking any offer from trial to mass due to supply chain efficiencies, however, retailers are looking for solutions to combat this.

Now we are seeing a dynamic change in thinking, with retailers looking towards both local and global trends and moving away from the service station mentality, which is exciting. Operationally, there is a change in thinking, and stores seem to be engineered towards aligning with missions and complimentary categories, rather than with a one-size-fits-all store set up.

The great thing is that not all the investment is coming from the majors, with independents investing heavily in new store formats and creating successful formats as well. We do know that this isn’t going to happen everywhere, however, it is exciting to see a real step change in retailer thinking.