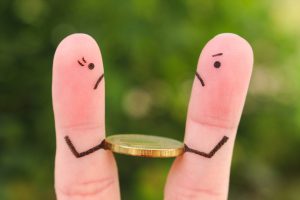 A service station owner in NSW has been accused of pocketing his employee’s parental leave payment from Centrelink.

Mr Kulpreet Singh has been fined $19,720 and his company Noorpreet Pty Ltd was also fined $98,700 by the Federal Circuit Court.

Mr Singh pocketed his employee’s $12,000 of parental leave payments from Centrelink and then falsified records.

Judge Nick Nicholls said: “Mr Singh was, to be blunt, well and truly caught out by the FWO, perpetrating a deliberate falsehood in relation to the false payment record”.

The money in question was transferred to Mr Singh’s company, to transfer to the pregnant employee.

News.com.au reported that the woman repeatedly requested the money from Mr Singh, and eventually complained to DHS which then referred the case to the fair work ombudsman for investigation.

Mr Singh claimed in an interview with Fair Work, that he paid the employee her parental leave in cash.

Judge Nicholls said: “The respondents’ submissions here are that, in essence, after Mr Singh was approached by [the employee] in April 2015 in relation to her paid parental leave entitlements, he became ‘confused’ as to how to make the payments, given a daily maximum bank transfer limit of $2000”.

“Further, by April 2015, Mr Singh had made a number of ‘cash payments’ to [her] and her husband, and was ‘confused’ as to what he had paid her and for what purpose.

“It must be said that the ‘excuse’ proffered by Mr Singh now, that he delayed payment because he did not know how to achieve such payment…because of bank transfer limits, stretches to incredulity.”

“Even if this were to be a consequence of the penalty order, it is not a sufficient reason to not set the penalty at the otherwise ‘appropriate’ level,” Mr Singh said.

“New parents have enough on their minds without having to chase recalcitrant employers over their taxpayer-funded paid parental leave,” Ms James said in a statement.

“Any employer thinking they can cover up breaches of work laws by creating false records or lying to Fair Work Inspectors – beware. There are new higher penalties for record-keeping breaches and the risk of criminal prosecution for this self-serving and fraudulent conduct,” Ms James said.