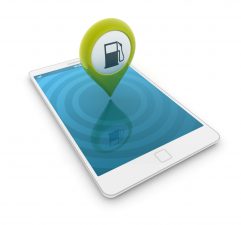 Royal Automobile Club of Queensland (RACQ) has revealed the rising cost of petrol has increased by 20 cents per litre over the last six months.

RACQ spokesperson Lucinda Ross said Queensland had some of the highest transport costs in Australia.

“We’ve got global oil prices rising and at the same time we have the Australian dollar softening. That’s pushing up the wholesale price that the fuel retailers here pay and they pass that on to drivers and then some,” Ms Ross said.

“The most frustrating part is that particularly here in Brisbane, many fuel companies are charging outrageous margins. We’re paying more for fuel than the likes of Sydney and Melbourne and there’s no reason for Brisbane to be paying so much.

“It’s really tough for people who have no choice but to hop in the car for their commute, particularly some of those longer commutes from places like the Sunshine and Gold Coast into Brisbane.”

“We’d urge people to make sure they’re doing that research and filling up at the cheapest spot.”

“Choosing the cheaper retailers will send a strong message to the others to compete for your business and will save you money in the long run,” Ms Ross said.