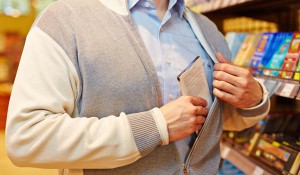 Two American teenagers have been condemned following CCTV footage of them stealing from a shop after it’s attendant collapsed from a heart attack.

The footage showed the teens and another man entering the store and lining up to pay for their purchases.

“After speaking with them, the clerk, with the dollar bill still in his hand, turns to return to the register area and immediately appears to have a major medical issue and collapses to the floor,” the Auburn WA Police Department posted on Facebook.

“One of the teenagers reaches down and takes the dollar bill back from the clerk while he is on the ground. The adult male then exits the store,” the police said.

“While the clerk is on the ground unconscious, the two teenage males exit and enter the store a couple of times stealing merchandise and taking all the money from the cash register.

“While the clerk was on the ground dying, neither of the three subjects who saw him fall to the ground called for help.”

The shopkeeper survived the heart attack and the teenagers have since been identified.