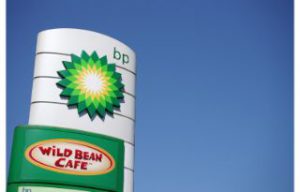 The company, who have also committed to more transparency, have stated their annual global greenhouse gas emissions at 55 million tonnes of CO2 equivalent (MteCO2e) and the oil and gas carbon as 360 MteCO2e.

Among the measures announced by the company are plans to cut emissions across their operations, as well as oil and gas production. And to make a 50% cut in the carbon intensity of BP sold products.

As well as installing methane measurements of major oil and gas processing sites within three years and to halve the methane intensity of operations and continue to invest in non-oil and gas businesses.

Newly appointed CEO Bernard Looney said the world’s carbon budget was running out and the company planned a rapid transition.

“We all want energy that is reliable and affordable, but that is no longer enough. It must also be cleaner. To deliver that, trillions of dollars will need to be invested in re-plumbing and rewiring the world’s energy system. It will require nothing short of reimagining energy as we know it,” Mr Looney said.

“This will certainly be a challenge, but also a tremendous opportunity. It is clear to me, and to our stakeholders, that for BP to play our part and serve our purpose, we have to change. And we want to change – this is the right thing for the world and for BP.”

BP have also stated they would advocate for policies supporting net zero, including carbon pricing.

Mr Looney also announced BP would undergo a restructure, to make it ‘more integrated and more focused’, which will include the dismantling of their upstream and downstream businesses, which would be reorganised into 11 leadership teams.

The company will hold a capital markets day in September to set out its strategy.