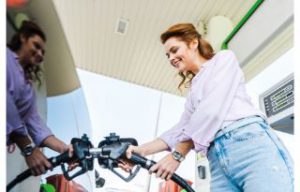 It has been a big year for petrol news, with big company sell offs, new technologies and executive movements.

So it’s of little surprise that petrol stories got you clicking in 2019 as C&I kept readers informed about the latest news.

There was plenty of news from 7-Eleven, including the auction of 15 national stores for $78 million in October, and the dropping of Metcash and a new store opening.

It was a busy 2019 for Caltex, too, with the sale of petrol stations in Melbourne and Sydney and teaming up with Uber Eats.

But the biggest story for C&I readers was reports in September that independent Puma Energy were to sell their retail assets.

Coming in at number two was Caltex’s enlistment of interior designers to help change perceptions of what a service station should be.

This was closely followed by the announcement in late November that Caltex had received an $8.6 billion takeover bid from Canadian convenience giant Couche-Tard.

September saw the news that Frederic Baudry had taken over as the new President of Australasia and Chief Operating Officer of Fuels Asia Pacific and Air BP, following on from the retirement news for Andy Holmes as the fourth most clicked fuel story.

Another Caltex story came in at number five, with the Fuel giant’s innovation and transformation plans a popular read.